On this one, I’m writing as Virginia Kelly with Piper Scott.  It’s a wacky book about dragons and omegas and their eggs.  No, really.  I swear it’s hilarious. 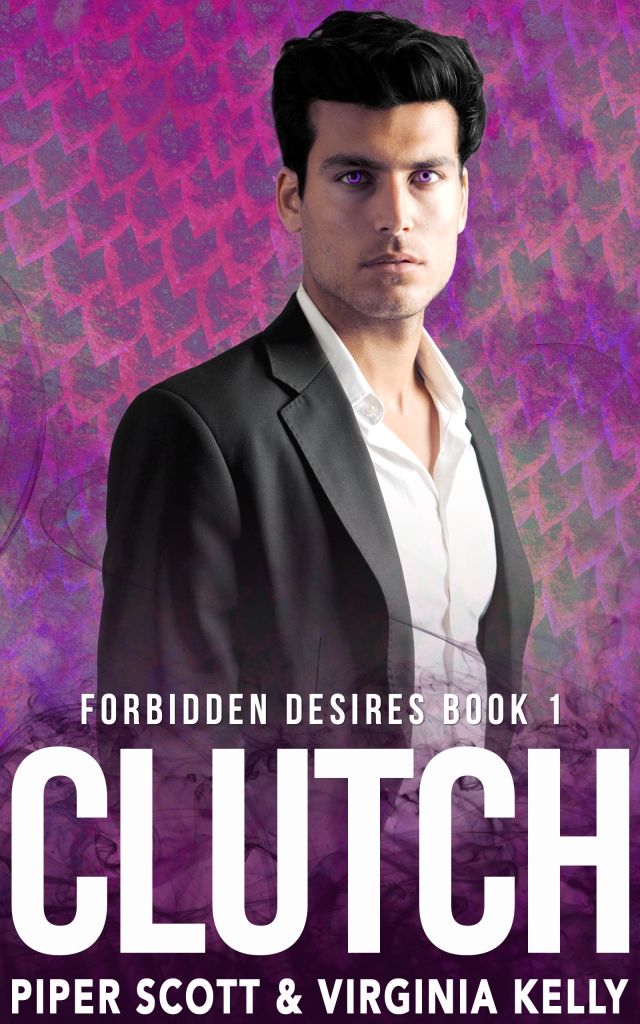 Bookish, snarky, and fiercely independent Nate Boudreaux leads a solitary life. Between teaching classes at the university and working toward his PhD, he doesn’t need a partner to occupy his time, and he certainly doesn’t need a man like Alistair Drake complicating his future.

Alistair Drake, black sheep of the tremendously wealthy Drake family, is more interested in adding another notch to his bedpost than another zero to his bank account. When a Grindr message brings him to Nate’s doorstep, then straight to his bed, he has no reason to believe that what they share will be more than a simple hookup, until, three months later, a tug on his soul informs him otherwise.

For the Drake family has a secret—one that will force Nate and Alistair together as much as it will demand that they be torn apart. One that Alistair and his brothers have carried all their lives… and one that Alistair and Nate’s future children will carry, too.

Bound to each other by the three precious impossibilities, Nate and Alistair have no choice—no matter the consequence, they will fight for their forbidden clutch.

Clutch is a 64,000 word steamy omegaverse mpreg-ish romance that will leave you in stitches. It contains a Grindr hook-up gone very wrong (or very right); giant magical lizards; a pig named Olive; a wank throne; and a HEA, right down to the white picket fence.

Available on Amazon and Kindle Unlimited